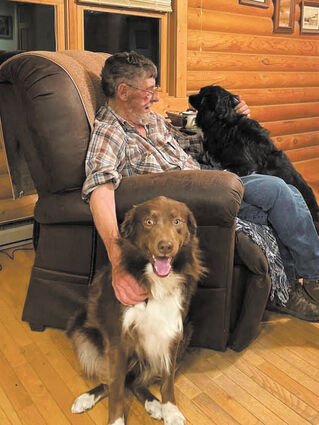 William "Bill" Sisk of Whitehall, Montana, passed away on Saturday, August 6, 2022, in Culpeper, Virginia. He was surrounded by family during the last days and hours of his life.

Bill was described as a complex man by his cousin, Dyanne. To family and childhood friends, he was Billy. After he met and married beautiful Jayne, he became Bill. To Larry and Leigh, he was Dad and was much loved by them. To his grandchildren, he was Grandpa, to his sister, Dottie, he was baby brother, and to his buddies, like David, Keith, and Dean, he was a lifelong friend and hunting buddy with who he could drink a beer with swap stories with.

A master electrician who could light up your world or leave you in the dark. An excellent marksman and fisherman always with a laugh and a story to tell. Bill's family sat by his bedside, hoping he would not leave us, yet knowing he would.

We also knew that Jayne, Leigh, and Duke would be there to meet him when he left us. Bill's journey here has ended, and his family is left with sadness and sweet memories of him and what he meant to each of us.

Bill and Jayne moved to Montana in the 1990s from Rappahannock County, Virginia after many trips to the area. They had a dream to live there, and they followed that dream. Bill was making plans to move back to Virginia when his health began to fail. His family is so thankful for the time we had with him during those last weeks of his life.

Bill is survived by his son, Larry (Tecia); his sister, Dottie (John); his grandchildren, Timothy (Hannah), John Jeffrey (Maria), Tiffany Nicole (Robert), and Eric Zachary (India). He is also survived by four great-grandchildren and several loving cousins, nephews, and nieces. He will be missed by those who loved him.

He was preceded in death by his wife, Jayne; and his daughter, Susan Leigh.

We will honor him on a future date with a celebration of life. An online guestbook and tribute wall are available at www.foundandsons.com. Found and Sons Funeral Chapel of Culpeper is serving the family.