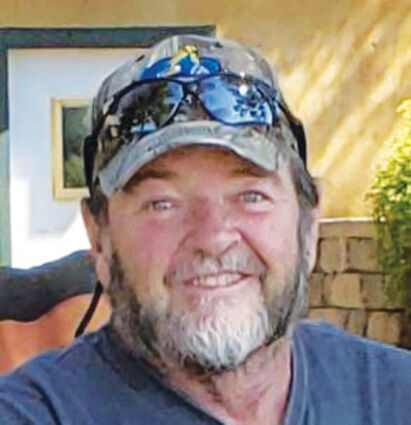 Thomas (Tom) Guy McCarthy passed away on August 25, 2022, at his home in Twin Bridges, Montana.

Tom was born in Butte, Montana on February 22, 1962, to John (Jack) and Geraldine (Geri Bird) McCarthy. He was welcomed by brothers (John & Joe) and sisters (Sharon, Sheila, Colleen, and Angie). Soon sister Bonnie joined the family. Tom would say his favorite birthday present was delivered on his 45th birthday, his niece Chelsi Jackleen Lyons. They enjoyed celebrating their special day together.

After graduation, he started working as a driller's helper in the oilfields near Jordan, Montana. He further advanced to rigger which took him to Lebec, California. Tom soon met his true love, Laura Faith Alder. They married in Lebec on October 16, 1983, and were looking forward to celebrating their 39th anniversary. His other loves were his family, friends, and hometown. The young newlyweds returned to Butte to build their future together.

Tom worked several jobs which included MRI, Zemljak Excavating, Hollow Construction, and Jay Fortune Construction. In his younger years, Tom enjoyed spending time at his grandparent's (Guy & Mary Bird) ranch on Pennington Lane in Twin Bridges. In 2005 together Tom and Laura started their own company, On Grade Excavating. To accommodate the business and their love of the Madison Valley, they built their shop and home on the hill southwest of Twin Bridges. At the time of his death, Tom was a crusher operator at Pipestone Quarry.

Tom loved the outdoors from fishing in his favorite spots to hunting at Kitt Carson/Dry Gulch and Feeley and spending time at Seeley Lake. He enjoyed taking part in his nieces (Lyndsi & Chelsi) activities from dance recitals to sporting events. He especially loved spending time at home. Tinkering in his garage, landscaping the yard, remodeling their home. Best of all was sitting out in their backyard with Laura surrounded by their golden retrievers enjoying happy hour and their view of the valley.

Tom had the capability to look at something, and then instead of purchasing the item, he would make it himself. It seemed as if there was nothing he couldn't fix or maintain. His knowledge of so many things always amazed his wife and family. Tom had a high level of perfection, which can easily be seen by his carpentry work in their home.

Laura will truly miss the love of her life. His quick and witty spirit could always make her laugh. Tom was a man of his word and always fulfilled his promises.

A memorial service to celebrate Tom's life will take place at a later date.