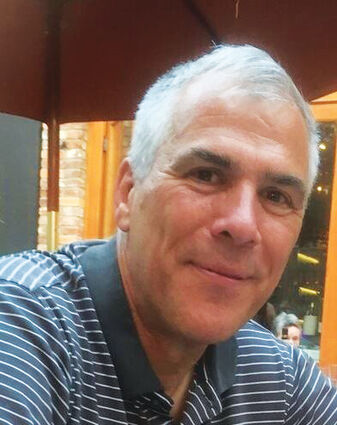 Timothy Michael Minteer of Pullman, Washington left us to return to his heavenly father on the night of October 2, 2022. Tim was devoted to his faith and through this, he was a loving and committed husband, father, grandfather, engineer, musician, and prospector.

Tim was born November 6, 1961, in Sewickley, Pennsylvania to Robert and Sylvia (Lonnquist) Minteer. He had a brother, Michael, who passed before he was born and his father passed on when he was two years old. His mother remarried Frank Hustava and the two raised Tim along with his nine other siblings – Frank Hustava, Margaret Williams, Rob Minteer, Greg Minteer, Ellen Hardcastle, Dan Minteer, Stephen Hustava, Andrew Hustava, and Katie Passage – all of whom survive Tim.

Tim graduated from high school in Whitehall, Montana as a salutatorian. He went on to attend college at Montana State University, where he earned his Bachelor's degree in Electrical Engineering. While attending college, he met and married his wife, Doris Minteer. Tim and Doris remained married for the rest of his life, spending forty years together. Tim is survived by his three children - Zachary Minteer, Larae Degerlund, and Priscilla Schmidt.

Mr. Tim Minteer, PH.D., P.E., was dedicated to his career as an Electrical Engineer. Early in his career, he worked for Tetragenics and Montana Power Company while living in Butte, Montana. He found his home when he accepted a position at Schweitzer Engineering Laboratories (SEL) in Pullman, Washington. During his tenure at SEL, Tim co-developed nine patents. He was a lifelong student of electrical engineering and continued his education earning both a master's and a doctoral degree in the field. Tim was also honored to earn the title of Fellow Engineer while employed at SEL.

Later in his life, Tim was a proud grandfather. He made it a point to attend the birth of all his grandchildren and never missed an opportunity to go and "spoil them up." He would like Araena, Paul, Auburn, Shelby, Cleopatra, Zola, Aiden, Anastasia, Maya, Heidi, and Sophia to know he loves them very much and that he has a drawer full of candy waiting for them in heaven.

The funeral service were held on Friday, October 7th, 2022 at the Emmanuel Baptist Church in Pullman, WA. Vault interment followed at the Pullman City Cemetery. The Corbeill Funeral Home of Pullman, WA made the funerary arrangements. Online condolences may be sent to http://www.corbeillfuneralhomes.com.