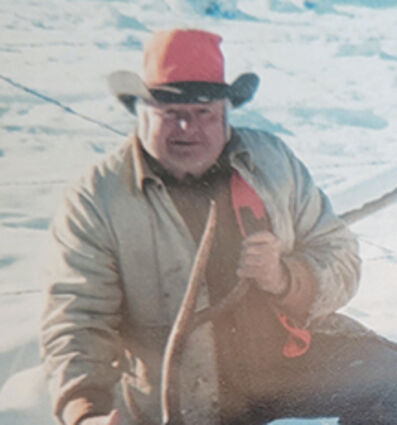 George Melvin Armstrong, Jr. went to be with His Lord and Savior on November 16, 2022, surrounded by his family who loved him dearly.

He was born the second of six children to George and Juanita Armstrong. He went through grade 8 at Cardwell, then graduated from Whitehall High School. While working for the forest service, he started operating the family ranch with his father, who was limited by Multiple Sclerosis. Eventually, he purchased the Cardwell ranch as home.

Melvin was known for his sense of humor, quick-witted sarcasm, and poetry. He enjoyed hard work, hunting, telling a good story, and sharing a drink with friends. He served on the cemetery board, the wool pool, the Cardwell Church board, and the local grazing association. He was quick to provide summer jobs to growing kids – the experienced were soon operating all equipment while the less experienced painted the ranch into varying colors. His offer of a "family picnic" really meant a fence repair up in the mountains... sardines, Vienna sausages, and soda pop.

He loved children – wrestling with his nephews then later his children, taking grandchildren on 4-wheeler rides, or giving church children candy where he was known as "the Smartie Man."

He was preceded in death by his wife, parents, brother and sister-in-law James and Quotele Armstrong, and brothers-in-law James Carmody and Robert McArthur.