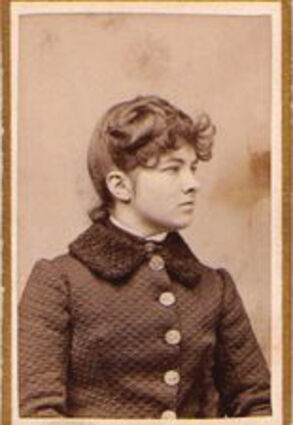 Technically, Anya wasn't Russian. Though she had lived in a rural area just south of Moscow since she was three, Anya Mussorgsky was actually from the good ole U.S. of A. She had been adopted by Russian diplomat and statesman Maxim Petrov Mussorgsky and his wife, Lady Katarina, during a routine visit to New York City.

At the time, New York City was still a gathering point for much of the growing world's political business. As the young couple was not able to have children of their own, they decided adoption was their only avenue.

Originally, the couple had planned upon return from their visit of state, to adopt one of the many needy orphans of the Motherland, but when Lady Katarina paid a visit to the almshouse on Blackwell's Island, she met a very precocious Adeline Smith. From the moment they met, Lady Katarina and Adeline both felt the tug of kinship.

Aside from the deplorable conditions Adeline had been living in, almost since birth, the little one had received the best care that could be expected.

When Lady Katarina returned to the city and her husband later that evening, she wasted no time in convincing him they needed to adopt this poor American orphan. Because of his status, the adoption papers were put through very quickly; when the young couple returned to their home in Russia on the 2nd of September, 1881, it was with a young, newly renamed Anya Mussorgsky in tow!

Pictured might be a 17-year-old Anya Mussorgsky, born Adeline Smith on May 15th, 1878 in what is now known as the Park Avenue district of the upper east side of Manhattan Island in New York City.