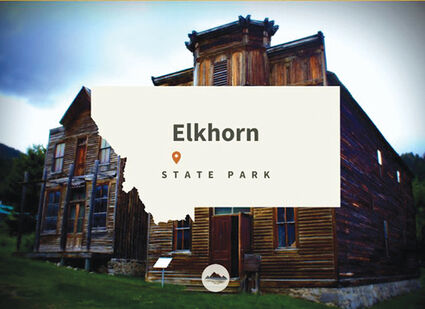 Traveling along gravel secondary roads outside of Boulder, you'll find the once thriving town of Elkhorn, now one of the smallest state parks in the state.

See the remnants of this 19th-century mining town preserved as examples of frontier architecture.

Three-quarters of a mile up the main road that runs through town (just outside of the state park property) lies the town cemetery where visitors can see the tombstone of Swiss miner Peter Wys who originally discovered the silver veins in the Elkhorn Mine!