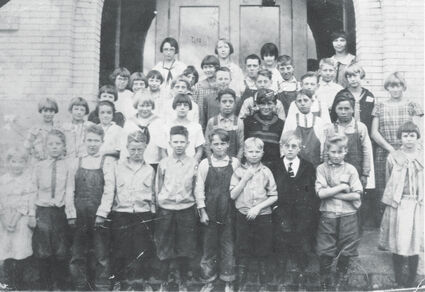 Those living in December 1896 would be amazed at how things seem to be repeating in 2022. Wheat crops were failing in the "old world" causing famine; four banks in the eastern U. S. failed; there is public unrest in China against the ruling class, and crimes in other parts of the country make the front page of the Zephyr. The following news items are taken as written from the December 18 and 25, 1896 editions of the Jefferson Valley Zephyr.

Mining News: Messrs. Cutler and Wilkinson, of the Gold Hill property near Gaylord, were in Butte for several days looking after the first car of ore shipped from that promising property. The result of the smelter run is not announced, but the gentlemen are well satisfied with it, as they will ship a car every five days during the season and keep two shifts at work on the property. The Waterloo Copper Mining Company has commenced operations on what is known as the McQueeny property, in the Waterloo district. The officers of the company are President, L. E. Holmes; secretary, A. W. Noble; treasurer, S. Marsheseau. The McQueeny has already been developed by a shaft 125 feet in depth and the Waterloo company is now 280 feet on the tunnel which they propose to run 1.000 feet.

The Home News: The Foster Brothers were in town Tuesday with two eight-horse loads of ore. Conductor Elliot received injuries in the Norris yard that will lay him off for a time, though they are not of a serious character. B. H. Hunt, of the Waterloo district, loaded a car of vegetables on Saturday and shipped them to the Butte market. The Jefferson Valley products are always in demand in the markets of the big camp and always bring the top price. The Zephyr is in receipt of an invitation to a grand ball to be given at Winston, on December 18, in the interests of the proposed new county of Broadwater. The affair is under the auspices of the Broadwater club. James Edgell had a narrow escape from severe injury while coming to Whitehall Saturday with a load of ore. A bridge over the big ditch, five miles south of town, gave way and let a load of ore down. The wagon landed bottom-side-up, and Mr. Edgell made a leap that saved him. He got out the fix and reached town Sunday. Two neat cottages on east First Street are nearing completion. One is being erected by Doc Tuttle and the other by Mr. Giles.

South Boulder: Wm. Sacry and cousin, Miss Maisy Sacry, of Los Angeles, California, were married in Butte on December 15. They will reside in this place with Mr. Sacry's father. John Finch and J. Kelley were out on a hunt near Henry's lake and captured two elk, several fine deer, and 500 pounds of fish.

A Cutting Affair: Last Sunday evening C. W. Winslow and John Oliver, of Fish Creek, became involved in an argument, and the latter, thinking that he was getting the worst of it stabbed Winslow, inflicting two wounds just below the ninth rib on the left side, which, though serious may not prove fatal.

On Monday morning deputy sheriff Brooks arrested Oliver and he was arranged before Judge Deeny, who set Saturday, the 26th as the day for the hearing. Bail being furnished in the sum of $200, the prisoner was released to appear Saturday. Owning to the change for the worse in Mr. Winslow's condition, Oliver was re-arrested Thursday and will remain in custody awaiting his hearing.

In December 1922, it was looking like a white Christmas for Whitehall. Outside of our valley, the world was changing for better and for worse: the last British troops leave the Irish Free State, the USSR is formed by 14 countries, the BBC began daily newscasts, and Theresa Vaughn, serial bride, confesses to being married 61 times over 5 years in three different countries and 50 cities. The accompanying photo is the Whitehall third grade class from 1922-23 school year. The news items are rewritten from notes made by Roy Millegan, Sr. from December 21 and 28, 1922 editions of the Jefferson Valley News.

We have lost one of our earliest pioneers of the valley. Mr. H.H. Houghton, known to many as Grandpa, has passed away at the age of 82. He was born in 1840 near Boston, Massachusetts in the town of Bolton, and lived there until 1866. He married Lydia Andrews in 1863. She came to the valley one year after he had built a suitable home for her. His first winter in the valley was on what is now the Leo Kelly place south of town and the next summer he homesteaded the land now owned by Nate Root.

In 1880, he purchased the adjoining ranch that is now occupied by Frank Houghton. He, his wife, and five children struggled with pioneer life until 1897 when they moved to town. He was preceded in death by a son who died in infancy in the East and Ivan S. who passed in 1904. He is survived by Shirley, Frank, Harry, and Annie (now Mrs. E. R. McCall). Burial will be in the Whitehall Cemetery.

Two other deaths have been reported. Mrs. Ole Olson died from exposure to the extreme cold of minus 34 degrees at Mammoth. Mrs. Olson came to Montana with her husband after he completed his military duties guarding gold shipments. She will be buried in the Whitehall Cemetery as will Maxine Dodge. Miss Dodge, daughter of Fred Dodge, was attending school in Butte and while sledding down a hill, was hit by a car. She will be buried next to her half-brother, Hubert Cummings.

That new entertainment called radio will be sounding Christmas music from now until Christmas from 8:00 PM to midnight at the homes of Charles Johnson, Louis Lepp, Eugene Darrenougue, Mike Wenta, and George Tait. It is amazing to hear beautiful music coming out of a box with no moving parts.

Whitehall residents are again merrily celebrating the Christmas season. The Methodist Church was the setting for the Ladies Aid two-hour presentation of "The Story of the Other Wisemen" which featured local talent, vocals, and instrumentals. The Christmas dance at the theatre sent happy tunes floating down Legion from the instrumentals played by Paul Sacry, Roll Yotter, Jack Micklethwaite, and Theresa Zimmerman. And, up at the old Whitehall stage station, laughter could be heard from the guests of Mrs. Marvin Stanley and Mrs. Lulu. Special guests were the Speck, Chamberlain, and Gaston families.

Modern Pharmacy has made Christmas a little merrier by awarding their holiday prize. Mrs. B. Bray received the beautiful doll and Master Gerald Shaw of Renova toted home a 10-pound box of candy from McKay and Carmichael.

May 1923 bless us all with a prosperous year.