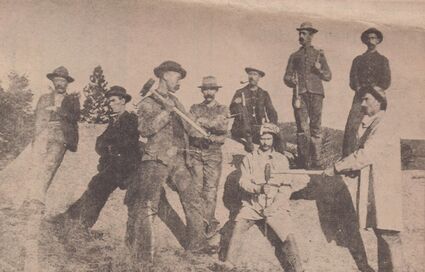 Miners at the Mountain Chief Mine near Homestake.

The Jefferson Valley Museum will be hosting its second oral history program at 6:30 PM on Wednesday, January 18th at the museum barn. It will feature an interview recorded in 1989 by Roy Millegan with Lena Brown Slausen along with photos from the area. She and her siblings lived most of their childhood at Homestake. Three of her brothers attended school in Whitehall in 1929 and 1930 where all were outstanding athletes. Lena's grandparents, Charles and Elizabeth Flagg were among the first settlers in the Homestake area. Lena's parents, Janettia Flagg Brown and Richard Brown managed the Camp...