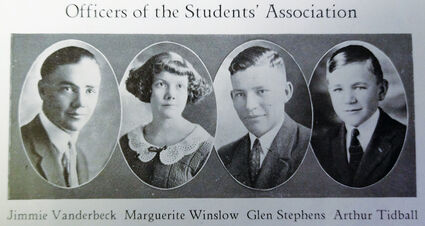 JANUARY, Part I, 125 YEARS AGO: As 1897 dawned, it was a new year with new tragedies and many of the same old problems. Sabotage to a railroad bridge in Tennessee caused the deaths of dozens of people. Aqueduct, New York experienced a serious riot over low wages and high food prices for those working on the Erie canal. Minnesota, South Dakota, and Nebraska were stalled under heavy snow and blizzard conditions while flooding was rampant in Illinois, Arkansas, and northern Michigan. The Spanish army was committing terrible atrocities in Cuba. In Montana, the legislature was getting underway with party division very evident in the House. In our Jefferson Valley, business and mining dominated the news. The following articles are taken as written from the January 1 and 8, 1897 editions of the Jefferson Valley Zephyr.

The Home News: This is a New Year. Swear off if you like. Mrs. Thomas Fox entertained a number of friends Monday evening. Travel is picking up after the Christmas dullness, and the N.P. is hauling good trains. The dance given by the Band boys on Christmas night was one of untold pleasure. About forty couples enjoyed the affair to its utmost. The close season for elk and moose began on the 15th of December, and after January 1st (today) it will be unlawful to kill deer, antelope, or mountain sheep.

C.H. Honnecker visited the Bliss claim yesterday and returned to town well pleased. The men have driven ten feet into free milling ore and the extent of the ledge is not known. The Bliss is near the Golden Sunlight group. Alex McKay made a business trip to Pony Monday. Mr. McKay, who never had had the opportunity to ride on a locomotive, was accorded that pleasure on the return trip, and McKay now is of the opinion that walking is preferable to riding on a locomotive. Herman Johnson has leased the Perry Canyon sawmill and is putting in 700,000 feet of logs, which will be converted into lumber during the next few months.

There is considerable talk about a strike made this week in the St. Paul claim, in St. Paul gulch. A location of the property was made January 1 by T.F. Brookes and Mr. White, so the story goes, and the third day's work brought to light a nice body of high-grade ore. The extent of the ledge was not learned, but it is said to be large enough to please the owners.

A bad man from Bozeman registered at the Whitehall hotel on Sunday evening and remained a couple of days. When he departed he neglected to leave the usual memento in the way of cash that landlords like to receive from departing guests. At Robson's livery barn the fellow, who registered under the name of Robert Cook, paid his bill by drawing a six-shooter on the attendant, and then, putting spurs to his horse, disappeared into the night.

JANUARY, Part I, 100 YEARS AGO: As 1923 dawned, the news of the day was filled with good tidings and great tragedy. Future football coach for the Dallas Texans and Kansas City Chiefs, Hank Stram, was born in Chicago; and, the first radio network in the U. S. was created when AT&T simultaneously broadcast programming on Boston's WNAC and New York City's WEAF stations. In Washington state, 17 people died when a bridge over the Cowlitz River collapsed; at the Near East Conference in Lausanne, Switzerland an agreement was accepted to "exchange the Greek population of Turkey for the Turkish population of Greece, forcing 600,000 Greeks in Turkey and 450,000 Turks in Greece to leave their homes and resettle; and the U. S. federal board for vocational education reported that 1.7 million boys and girls drop out of school between 4th and 8th grade each year, usually ending up in low-paying jobs. In the Jefferson Valley, the focus was on school and the community. The accompanying photo is the high school student council for the 1922-23 school year. The articles are rewritten from notes made by Roy Milligan, Sr. from January 4 and 11, 1923 editions of the Jefferson Valley News.

This cold winter weather is making the ice harvest very productive. 50 men are working up at Homestake lake for the next 30 days cutting out an estimated ton of ice each day which is then loaded onto train cars. A new Ford tractor is used to clear the 10-acre pond and to run the saws that cut the ice blocks. This local ice is traveling as far west as Spokane and eastward to Glendive. Their stop here in town left at least four cars empty of their cargo. Organizations announce new officers for the coming year:

The Whitehall chapter of the Order of Eastern Star has announced its new officers. The Worthy Matron is Edna Huston, Worthy Patron is Charles Baker; Nellie McFadden will serve as the Associate Matron; Anna Justus is the conductress; Valerie Wolverton is Secretary; and Flora Pace is serving as the Treasurer.

The Jefferson Valley Farm Loan Association will be led by T.T. Black as president with W.J. Rankin as Vice President, A.W. Robert as Secretary/Treasurer, and the board of directors composed of W.E. Woodard, Ray Robinson, and Ralph Shaw.

Even though freight rates for farm produce are highly outrageous, farmers in Pleasant Valley are managing to ship potatoes and cabbage to Butte. One carload was made up of produce harvested by Chester Elmer and C. Markel.

A Whitehall resident has died in a Butte automobile wreck. Mrs. Lina Devine, a resident of Whitehall for the past 12 years, has died from injuries sustained in a vehicle accident. Mrs. Odessa Wolverton was also involved but is doing okay. Mrs. Devine was a native of Indiana and married William in Kansas in 1905. He preceded her in death in 1914. She lived in Butte before making her final home in Whitehall. She is survived by her children Margaret, William, and Elizabeth. The interment will be in the Whitehall cemetery.

We are proud to report that local attorney, Howard A. Johnson, has received a badge of honor from the government of France for his brave service as an aviator during the war. Mr. Johnson has gained the respect of Whitehall residents and we are sorry to see him leaving our fair community for a new home in Boulder as he starts his position as county attorney. (Note: Mr. Johnson will become Chief Justice of the Montana Supreme Court, serving on the court from 1939 to 1946.)