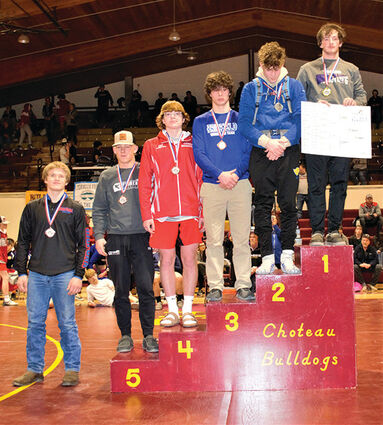 The Whitehall High School Wrestling team placed third at the Choteau Invitational Tournament, held January 13 and 14 in Choteau. It was a full team effort, as 21 of the Trojan wrestlers had matches. After a total of 96 individual matches, Whitehall earned 178.5 team points to earn third place. Close behind were Boulder and Cut Bank.

Highlights for the weekend were senior Miles Hoerauf winning his weight class with wins over wrestlers from Florence, Big Fork, and Thompson Falls, ending with a perfect 3-0 record.

Senior Leo Scafani placed second with wins over Choteau and Townsend before fa...