Mac is back: Council appoints Smith 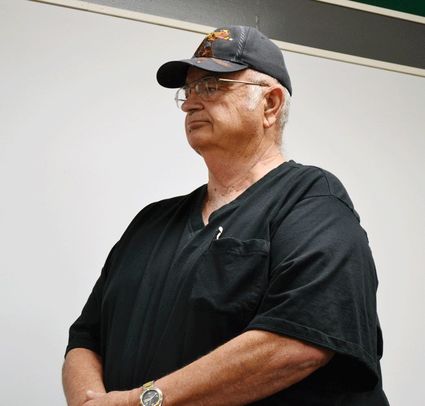 Mac Smith is sworn in Monday night at the Whitehall Town Council meeting.

The town of Whitehall has a new council member.

A long time former member of the Council, Smith was first elected in 2003 and served in the position through last year.

He will take over the position of Elizabeth Howser, who defeated him in the General Election late last year.

The Council removed Howser from the position last week after an order of discharge vote. Smith is to serve out the remainder of Howser's term.

The appointment of Smith took place after a short interview of Smith by council members.

Former Whitehall Mayor Mary Janacaro Hensleigh had also applied for the vacant position, but was not in attendance at the meeting. The Council had 30 days from the June 28 to fill the vacancy.