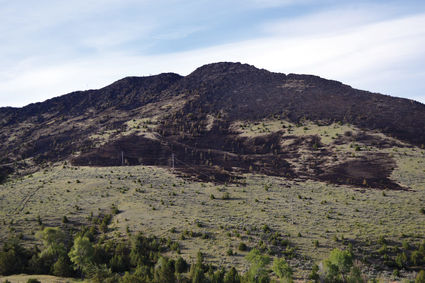 Pictured is the aftermath of the Sappington Fire near the Lewis and Clark Caverns. Ledger photo by Jack H. Smith

It was a busy weekend for firefighters in Southwest Montana.

Firefighters from across the area responded to the Lump Gulch Fire in north Jefferson County near Sheep Mountain, the Sappington Fire east of Lewis and Clark Caverns, and two fires in the Clarkston Area.

On Saturday, June 13 a fire ignited in Lump Gulch in northern Jefferson County near Sheep Mountain. As of press time the fire is approximately 1,500 acres and considered to be 15% contained. The fire cause is still under investigation. Fire crews and heavy equipment will continue to build and reinforce containment lin...