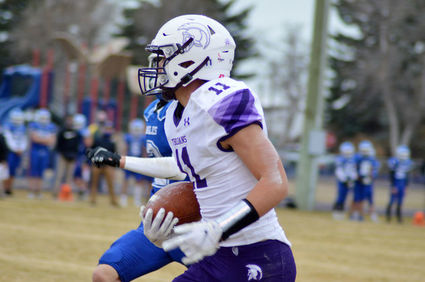 Flint Smith has been selected to play receiver at the Shrine Game.

The Whitehall High School football team will once again be well represented at the prestigious Montana East-West Shrine Bowl.

The 2021 teams that were announced Christmas at Midnight include Trojan senior all-state players Dylan Smith and Flint Smith.

The 74th annual game is scheduled for June 19 in Billings and will raise money for the Shriners Children's Hospital in Spokane.