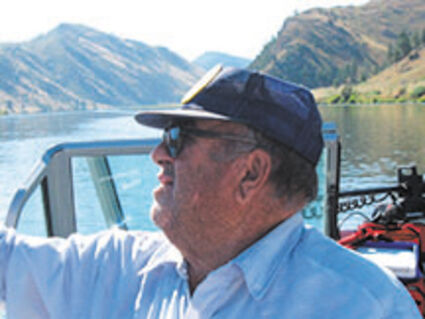 Bob "Peachie" Lombardi was born on November 16, 1932. He passed on May 21, 2022, following a long illness. Bob was preceded in death by his wife, Gloria, and his brothers Ray and Frank. He is survived by his son Lee (Pollann) Bruner, his three grandchildren, Robert, Michael, and John Bruner, brother Leonard, sister Delores, nieces and nephews, and lots of dear friends.

One of his favorite early stories was of the bus driver in Elk Park walking to the house to get him, and then carrying him out to the school bus, as the snow was too deep for him to walk out. Bob often said of that time that his days consisted of eating breakfast, milking the cows (by hand), then feeding the cows. They would then go in for lunch, clean the barns after lunch, milk the cows again, eat supper, and then go to bed to repeat it for the next day. They did this every day, all winter, with the cows never going outside, due to the freezing cold.

Bob and his family worked hard and built a viable agricultural operation through some tough economic and personal times. From the late 1960s to the late 1970s, in addition to farming full time, Bob drove a delivery truck, gathering raw milk from local producers and taking it to the Safeway plant in Butte. Bob was an old-school farmer. He once had a large diesel tractor blow an engine in the field while cutting hay. He laid out some plywood, tore the engine down, over the course of a few days rebuilt it, and continued cutting hay. To describe him as "self-reliant" would be a significant understatement.

In the 1990s, a movie company was looking for someone who could still drive a team of horses in a western they were filming. Bob brought his decades of experience working teams of horses to the project. He drove a team for them, and appeared in a couple of movies, earning him the nickname "Hollywood" for a while. He did not think that was very funny.

Bob loved to be outdoors, hunting and fishing with his brother and best friend Leonard were some of his best times. He was an excellent shot with a rifle, and many stories of his exploits, some even true, are still being shared among his friends and family. He loved riding around in the summer mountain cattle pastures, and it was not unusual to find him parked along the road, drinking coffee and eating a cookie, just watching the country. Bob loved everything about ranching and the outdoors, except coyotes, he really did not like them at all. Come to think of it, he was not real fond of skunks, porcupines, and gophers either.

Bob married Gloria in 1976, and they were together on many adventures until she passed on January 21, 2015. In later years, Bob and his grandson Michael lived together in what some called the bachelor pad, which Bob thought was pretty funny, or sometimes called the Boar's Nest, which he did not think funny at all. It was a good life, well-lived.

Bob will be interred on his farm, next to the house he built near the apple orchard he planted. There will be a service on Tuesday, May 31st at K&L Mortuary in Whitehall at 6:00 p.m. A celebration of life gathering will be held at the Homestake Lodge, 530 Upper Rader Creek Road on Thursday, June 23 at 6 PM, everyone is welcome.

Bob would like it if you would just take some time away from the hectic pace of life, enjoy a bit of quiet solitude in the outdoors of Montana, and remember your times together.