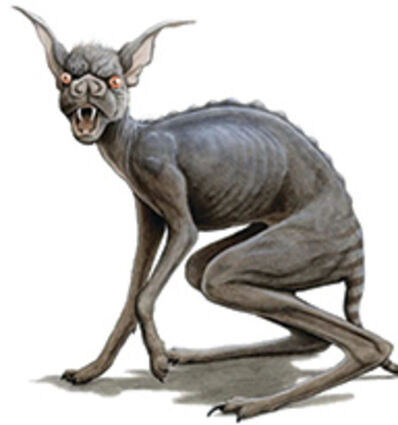 A little back story, Chupacabras are like wolves. They are hairless beasts with long tongues. They are faster than a wolf and smaller than a pit bulldog, and only eat goats. They normally live in hot places like Mexico. We still don't know how it made its way all the way to Montana.

The theory is that one of the new people in town brought it with them when they moved here or one of the local farmers bought it to get rid of his neighbor's dumb goats.